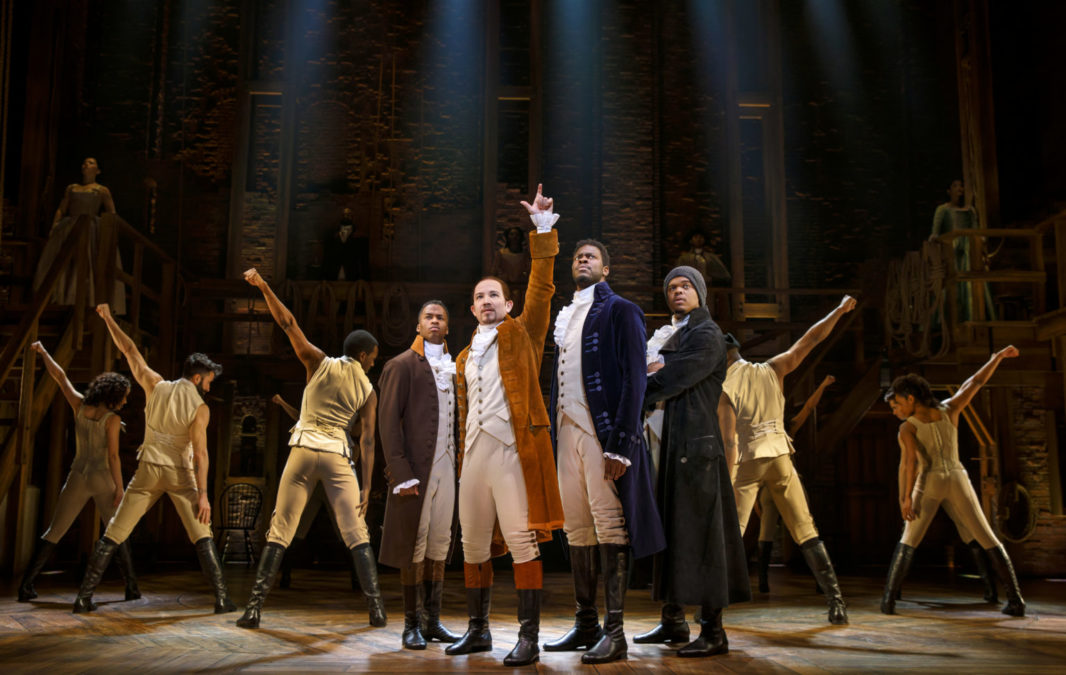 The biggest hits on Broadway are headed to Albuquerque as part of the just-announced Haverland Carter Broadway in New Mexico 2021 subscription series at the Popejoy Music Hall.

Learn more about all of the exciting Broadway shows headed to Albuquerque below:

Inspired by the beloved films, the romantic and adventure-filled new musical ANASTASIA is on a journey to Albuquerque at last!

From the Tony Award®-winning creators of the Broadway classic Ragtime, this dazzling show transports us from the twilight of the Russian Empire to the euphoria of Paris in the 1920s, as a brave young woman sets out to discover the mystery of her past. Pursued by a ruthless Soviet officer determined to silence her, Anya enlists the aid of a dashing conman and a lovable ex-aristocrat. Together, they embark on an epic adventure to help her find home, love, and family.

Hamilton is the story of America then, told by America now. Featuring a score that blends hip-hop, jazz, R&B, and Broadway, Hamilton has taken the story of American founding father Alexander Hamilton and created a revolutionary moment in theatre—a musical that has had a profound impact on culture, politics, and education. With book, music, and lyrics by Lin-Manuel Miranda, direction by Thomas Kail, choreography by Andy Blankenbuehler, and musical supervision and orchestrations by Alex Lacamoire, Hamilton is based on Ron Chernow’s acclaimed biography. It has won Tony, Grammy, and Olivier Awards, the Pulitzer Prize for Drama, and an unprecedented special citation from the Kennedy Center Honors. The Hamilton creative team previously collaborated on the 2008 Tony Award-winning Best Musical In the Heights.

You can’t stop the beat! Hairspray, Broadway’s Tony Award-winning musical comedy phenomenon that inspired the blockbuster film and live television event, is back on tour! Join 16-year-old Tracy Turnblad in 1960’s Baltimore as she sets out to dance her way onto TV’s most popular show. Can a girl with big dreams (and even bigger hair) change the world? Featuring the beloved score of hit songs, including “Welcome to the ‘60s,” “Good Morning Baltimore,” “It Takes Two,” and incorporating “Ladies Choice” from the musical film adaption, Hairspray is “fresh, winning, and deliriously tuneful!” (The New York Times). This all-new touring production will reunite Broadway’s award-winning creative team led by director Jack O’Brien and choreographer Jerry Mitchell to bring Hairspray to a new generation of theater audiences. Don’t miss this “exhilaratingly funny and warmhearted musical comedy” (The New Yorker).

The critically acclaimed smash-hit Broadway musical The Band’s Visit is the winner of 10 Tony Awards, including Best Musical, making it one of the most Tony-winning musicals in history. It is also a Grammy Award winner for Best Musical Theater Album. In this joyously offbeat story, set in a town that’s way off the beaten path, a band of musicians arrive lost, out of the blue. Under the spell of the desert sky, and with beautiful music perfuming the air, the band brings the town to life in unexpected and tantalizing ways. Even the briefest visit can stay with you forever. The cast of world-class performers is led by award-winning Israeli actor Sasson Gabay, star of the original film and the Broadway production. With a Tony- and Grammy-winning score that seduces your soul and sweeps you off your feet, and featuring thrillingly talented onstage musicians, The Band’s Visit rejoices in the way music makes us laugh, makes us cry, and ultimately, brings us together.

For more information about the series and the benefits of being a subscriber, click here.