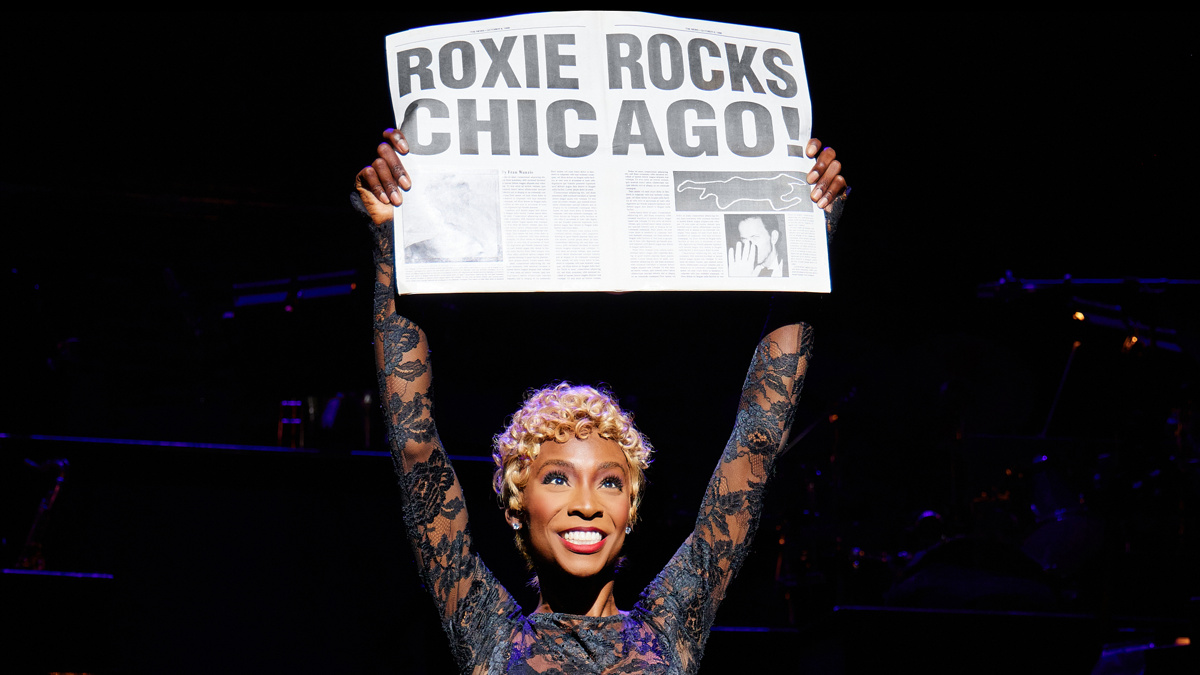 Known for her turn as Candy Ferocity in the series Pose, Angelica Ross is now taking center stage as Roxie Hart in Chicago on Broadway and making history in the process. Ross, who is the first openly transgender performer to lead a Broadway production, sat down with Broadway.com Editor-in-Chief Paul Wontorek at citizenM to talk about stepping into the long-running production, how Roxie and Candy are similar and more on The Broadway Show with Tamsen Fadal.

Ross, who returned to her singing career this year, always knew that somehow she would make it to Broadway. “I was not expecting it at this moment, but the child in me had always seen this,” she said. “I had done musical theater so much in my childhood and I thought this was the direction I was going, but I went on quite the detour. I spent all these years in lead roles doing musical theater and having the local newspaper put me on the front page and write up. My town started to be proud of me, and then I transitioned and started finding myself. I wasn’t sure if I was going to make it here—if I was going to be able to get the training and have the opportunities. I know that my younger self is squealing. This affirms everything that I wanted to do and shows it was never going to be too late or pass me by.”

Stepping into the Tony-winning revival also sees Ross breaking new ground; becoming the first openly transgender actor to play a leading role on Broadway. She stands alongside the Tony-nominated L Morgan Lee in A Strange Loop and Peppermint, who appeared in 2018’s Head Over Heels. “I love what I do. The fame part, not so much,” Ross said. “For me, being the first this or the first that, I honestly dislike hearing that. I really don’t care about being the first of anything. I want to be the best. I have worked and prepped and prepared for this moment to be the best. Not to be the best trans actor, but to be one of the best people you’ve seen take that role.”

Although Ross’ turn as Candy Ferocity came to an end in season two, Ross still feels the love for the character. She also sees the similarities between Candy and Roxie. “No matter what I do, people are still like, ‘Hey, Miss Candy!’ even under the Chicago announcement,” she said. “I know that there is a correlation to the Candy’s and the Roxie’s of the world. We’re all just women trying to navigate an environment that was not set up for us to win.”

Watch the interview below and head here to check your local listings for The Broadway Show. Hosted by Emmy-winning anchor Tamsen Fadal, it is the only nationally syndicated weekly theater news program.