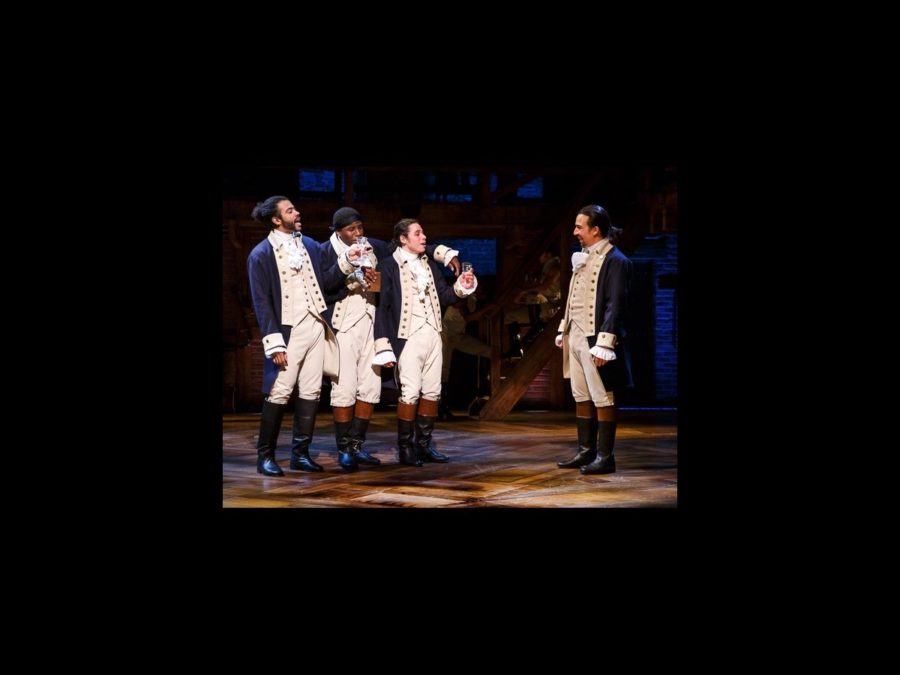 Hamilton Will Perform on Grammy Telecast

Want to be in the room where it happens? Stay home on February 15! Gargantuan Broadway hit Hamilton is set to feature on this year's Grammy Awards. Creator and star Lin-Manuel Miranda, along with the cast of the new musical, will perform a number directly from the Main Stem's Richard Rodgers Theatre. It marks one of only four times the Grammy telecast has included a performance live via satellite and the eighth time musical theater has featured in the lineup (American Idiot was the most recent).

"We're going to do the opening number, scream with joy, and then celebrate the fact that we were just on the Grammys," Miranda told USA Today. "Best night ever."

Directed by Thomas Kail and featuring a book, music and lyrics by Miranda, Hamilton is inspired by the book Alexander Hamilton by Ron Chernow. The new musical follows the scrappy young immigrant who forever changed America, from bastard orphan to Washington's right hand man, rebel to war hero, loving husband caught in the country's first sex scandal to Treasury head who made an untrusting world believe in the American economy. George Washington, Thomas Jefferson, Eliza Hamilton and lifelong Hamilton friend and foe, Aaron Burr, all make appearances in the tuner about America’s fiery past.

Check out the cast announcing their news below!