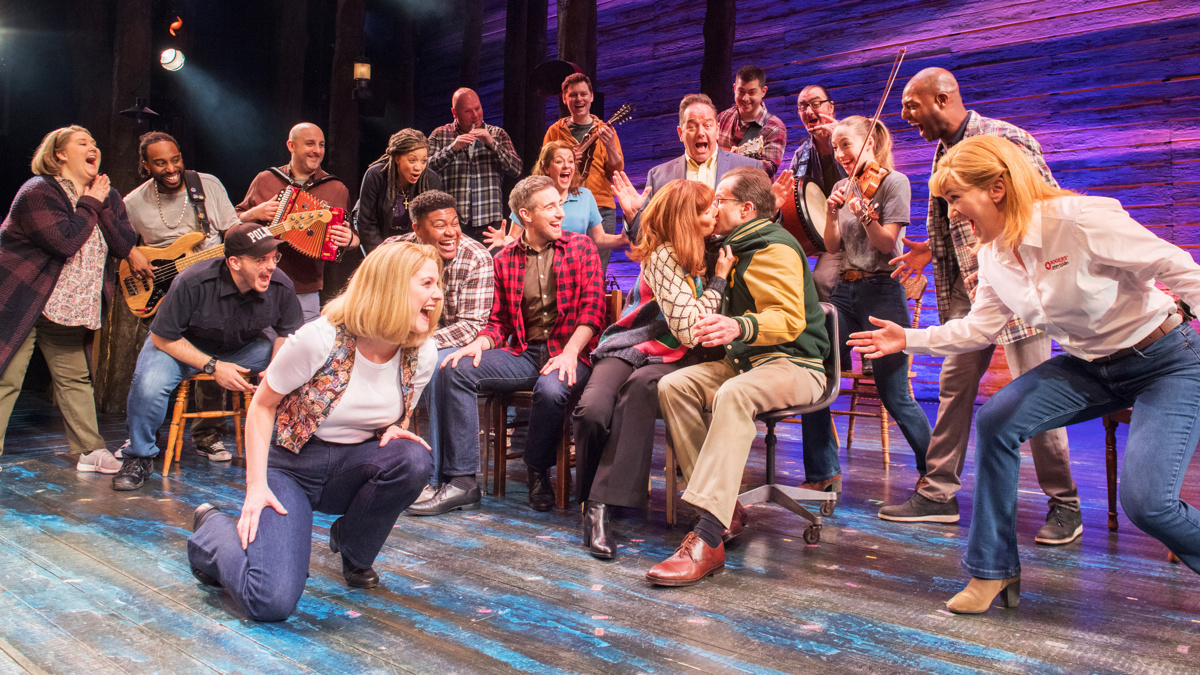 There will be a warm welcome back to the rock! The hit musical Come From Away is set for a West End return early next year with a staged concert version performed for a limited run at London’s Phoenix Theatre. The staging is scheduled for February 10, 2021 through February 27.

The concert will reunite cast, band and company with specially adapted staging and a reduced audience capacity to allow for safe social-distancing. The 100-minute production will be the first chance to see Come From Away since the production closed due to the coronavirus pandemic.

There will also be an invited dress rehearsal performance of the concert, which will be free for key workers to attend on February 10. Details on how to apply for free tickets to this performance will be announced in January 2021.

Come From Away tells the true story of 7,000 stranded passengers on September 11, 2001, and the small town in Newfoundland that welcomed them. The show features a book, music and lyrics by Irene Sankoff and David Hein, direction by Christopher Ashley, musical staging by Kelly Devine and music supervision by Ian Eisendrath.