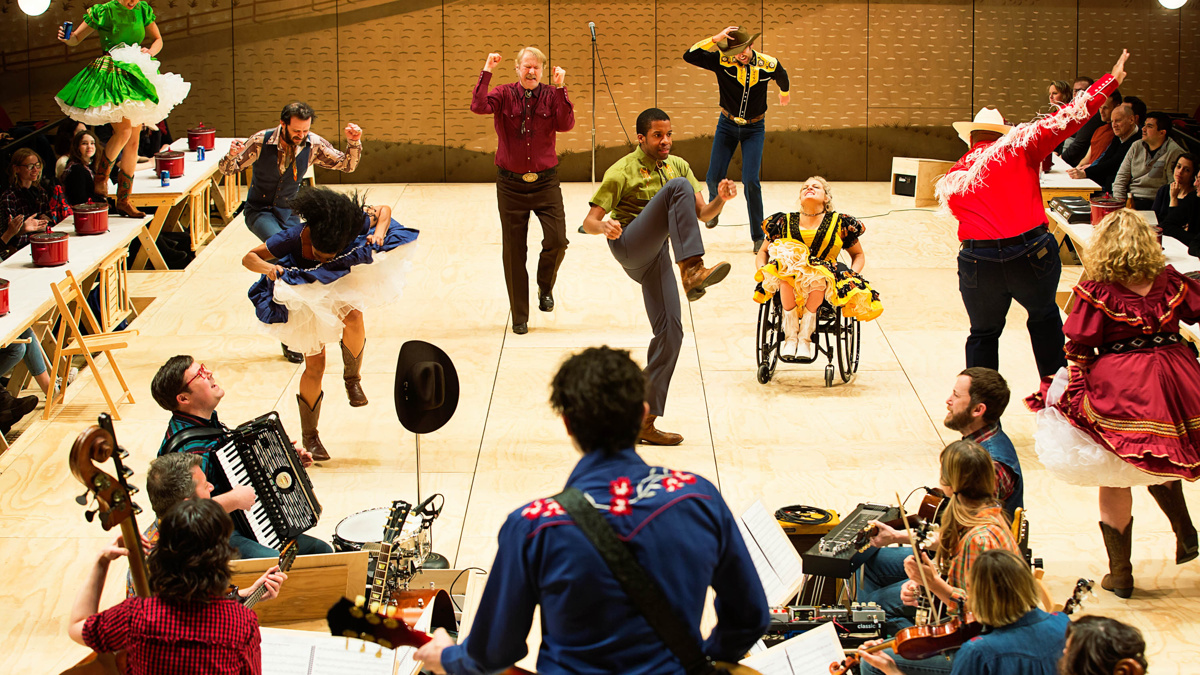 Daniel Fish’s Tony-winning production of Rodgers & Hammerstein’s Oklahoma! will play London’s Wyndham’s Theatre in February 2023. Casting and exact dates are to be announced.

“Very occasionally a production comes along that redefines a classic musical for a generation—Daniel Fish’s revelatory reimagining of Rodgers & Hammerstein’s masterpiece Oklahoma! will be forever stamped in the memories of those that see it,” said producers Eva Price, Sonia Friedman and Michael Harrison in a statemment. “After a hugely successful sold-out run at the Young Vic, we’re thrilled to transfer Rodgers & Hammerstein’s Oklahoma! to the West End in its 80th anniversary year and bring the production to the wider U.K. audience it deserves.”

Directed by Fish, this production of Oklahoma! was first presented at Bard SummerScape, followed by an engagement at St. Ann’s Warehouse in Brooklyn, where it had a sold-out run in 2018. This Oklahoma! has been re-orchestrated and reimagined for the 21st century. Oklahoma! features music by Richard Rodgers and a book and lyrics by Oscar Hammerstein II, based on the play Green Grow the Lilacs by Lynn Riggs, with original dances by Agnes de Mille.

Oklahoma! opened on Broadway in April 2019 and played an extended limited engagement through January 2020. It was nominated for eight 2019 Tony Awards and won Best Revival of a Musical and Best Performance by an Actress in a Featured Role in a Musical for Ali Stroker. The production played London’s Young Vic earlier this year