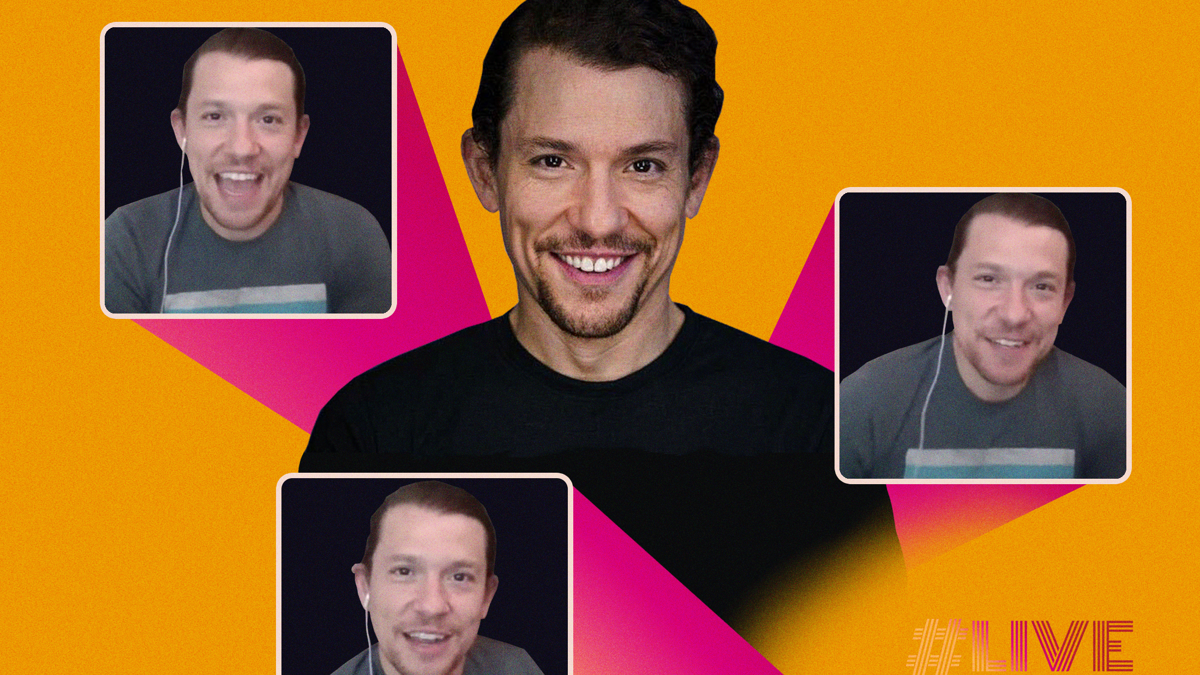 Miguel Cervantes has a long history with Hamilton. He first took center stage in the Broadway production in 2016 for four performances as the title role during matinees. Later that year, Cervantes led the Chicago production of Hamilton, which was originally set to play for 17 weeks. The production went on to run at Chicago’s CIBC Theater for three years and 1,200 performances with Cervantes front and center the whole run. Now the actor is taking his place in the leading role on Broadway and was only 10 performances into his run when the lights went dark. Cervantes checked in with Broadway.com’s Paul Wontorek to talk about Chicago living, bonding with Hamilton creator Lin-Manuel Miranda over their long hair, and how the role has helped his family through heartbreak.

“I started in Hamilton in May 2016,” Cervantes said in a recent episode of #LiveatFive: Home Edition. “I’m not being funny but I used to say, ‘I dunno if this is for me anymore, unless Lin-Manuel Miranda calls and wants me to be Hamilton.’ Lin never called, but I did get the audition, so it worked out. I still remember when I was in the elevator with Lin right after I got the job and I was like, ‘If you would have told me, I would’ve left my hair growing.’ I had just gotten a haircut and Lin still had his long hair and he’s like, ‘This long hair is a hassle, I hate it.’ Flash forward two years, and I finally had grown my hair out long enough and I have this curly Jon Snow-like hair. Lin came into the wig room that day and he was like, ‘Oh, well if my hair had been like that, I would have liked it. That’s good hair.’ I dig it now.”

Originally planning to stay in Chicago for about a year, the Cervantes family quickly recognized the show’s success and decided to commit to the community—something that would be more important than they knew at the time. In October 2019, Cervantes’ daughter, three-year-old Adelaide, passed away due a severe form of epilepsy that was first diagnosed when she was just seven months old. “If I could give it all away, if I could not be Hamilton, if I could not have any of this and have my daughter healthy, I would do it in a second,” he said. “But, you don’t get those kind of choices. We were in this position where we could add a spotlight to this situation and bring awareness to it. We decided to refocus this grief into our advocacy and the folks in Chicago really got behind us.” Cervantes and his wife Kelly have continued to partner with CURE (Citizens United in Research for Epilepsy) for the ongoing fight for research dollars.

“I get a lot of messages saying, ‘How do you do ‘Quiet Uptown’ every night?’ One of the amazing parts about being Hamilton is you’re able to do so many emotions,” Cervantes said about returning to the stage after losing his daughter. “I just didn’t let my mind go to that place I’m experiencing in real life. It was a little bit of an escape. I took about two weeks off, and I’ll never forget when I came back. I came out for that final spot in ‘Alexander Hamilton’ and there was an applause. There’s often applause there, but this one felt slightly different. It felt like all of these people were applauding for and supporting us. It wasn’t about the show in that moment. In that moment, I felt like we were embraced and loved and people were with us. I’ll never forget that. There are moments in ‘Yorktown’ and ‘Theodosia’ that are difficult, but those things always jump out at you. This Hamilton family is the most amazing thing.”

Watch Cervantes talk more about his favorite Chicago deep dish pizza (it’s Lou Malnati’s, FYI), the “unforgiving green pants” of his costume and more in the full episode below!