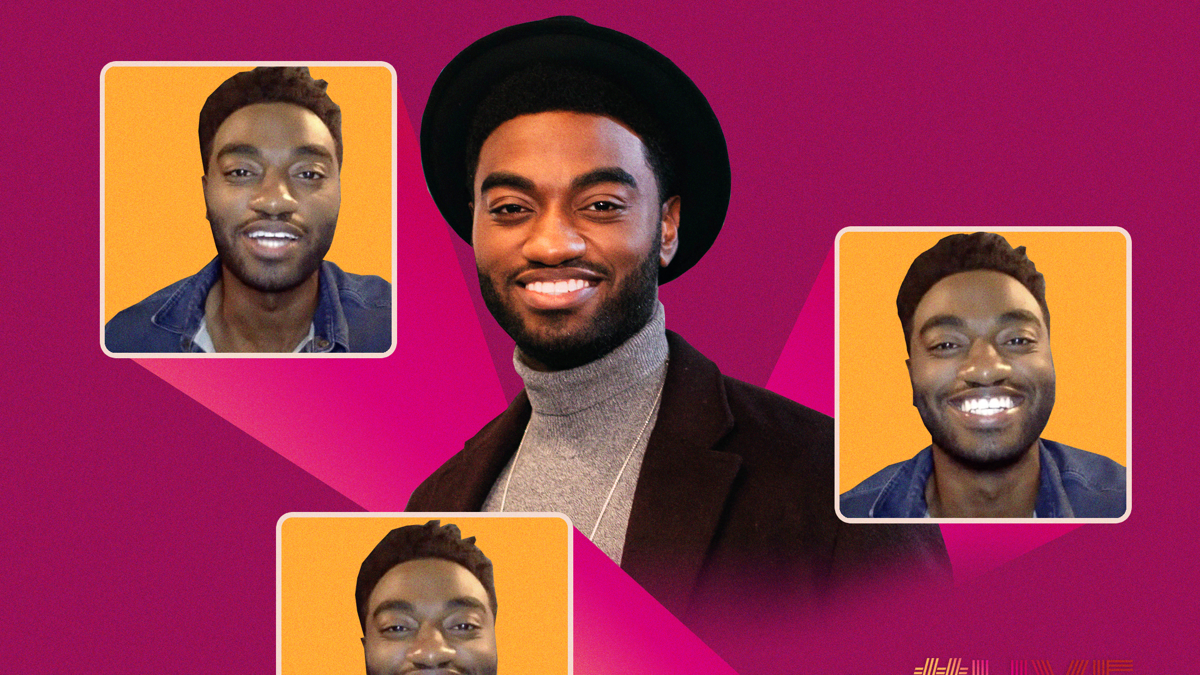 Jelani Alladin on Frozen, Hercules and Telling Stories the ‘World Is Finally Ready to Hear’

Jelani Alladin has been staying busy while quarantined due to the COVID-19 pandemic that shut down Broadway. Not only has he been using his social media platform to create important conversations about racial equality on Broadway, but he has also started his own production company, is working on a children's musical, finished writing a TV series and is optioning a solo play. On top of that, Alladin also appeared as the host of the 2020 Shubert Foundation High School Theatre Festival that took place on June 15. The stage favorite appeared on Broadway.com's #LiveatFive: Home Edition to talk about his experiences as a leading man and what he hopes for the future.

Known for making his Broadway debut as Kristoff in Frozen, Alladin later went on to lead the Public Works staging of Hercules in the title role, once again taking on an animated character  originally portrayed as white on the big screen. Alladin would like to do away with a certain way of describing such casting. "I think the phrase 'colorblind casting' is wrong. To say that you're colorblind is actually the problem," Alladin said. "To say that you are looking at me and not seeing the fact that I am an African-American denies my authenticity. The authenticity of my work, my history and all that I am is one of the only things that I can bring to a piece. When you're casting Jelani Alladin, you then have to bring all of his history to the piece and the character is therefore informed differently because of that. You're never actually blind to the color of someone that you're casting. You should be more in tune with and conscious about it. You don't want put forward narratives that are against the fight for good."

In Alladin's eyes, it all comes down to the fact that non-white actors are getting roles because they're the best for the job. "I was actually fired from Hercules and they went on an audition process to find someone else and they came back to me," Alladin said. "I got the job because I can do the job and I'm the best person for the job. The truth is, I couldn't sing "Go the Distance" and a certain member of the team didn't want to take a chance on me. But through the audition process, they came to realize that I was the best person for it. I put in the work."

For Alladin, "putting in the work" means telling the stories that he's been seeking. "One of the reasons why I decided not to renew my Frozen contract is because I knew I had a larger job to do," he said. "There was this whole world of the arts I wanted to help influence and change through telling my stories, so that's when I began to write. During this quarantine, I opened up my production company. I'm ready to share stories that I think now the world is finally ready to hear. I'm working on a 30-minute children's musical, I'm writing my own TV pilot and I'm trying to option a book to write a one-man play. All of these things didn't begin just because of the past two weeks, I've actually been working on for the past year. I've just been very silent about them. I'm silent no more."

"I'm ready to share stories that I think now the world is finally ready to hear."

Hosting the 2020 Shubert Foundation High School Theatre Festival means that Alladin got to watch some of the top high school theater students perform, which gave him a renewed sense of hope. "It's amazing how innovative these performances are," he said of the festival. "It proves the point that theater can never die, and will never die because we'll just keep finding new ways to make it."

Alladin ended his #LiveatFive visit with a tip for aspiring artists: "I think for so long we, as Black and indigenous persons of color actors, felt that we had to fit into a box. We had to change ourselves to fit the form of something that we were never really invited to. And I say never again. Everything that you are is beautiful, worthy, valid, authentic and should be celebrated. Never leave any of that behind and trust that what you are will guide you to what you will become. Everything that you need is already inside you."

Hear Jelani Alladin talk about his upcoming projects and more in the full episode below!