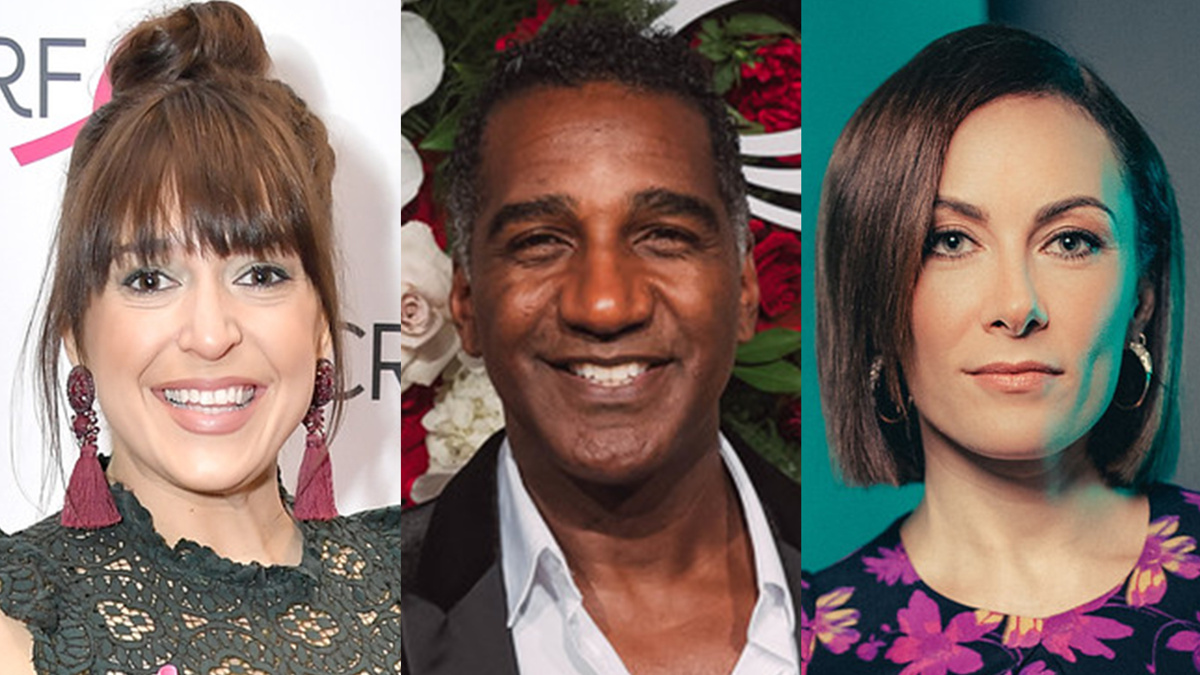 Jessica Vosk, Norm Lewis, Laura Benanti and More to Perform at Carnegie Hall
The iconic Carnegie Hall is reopening its doors this season with a star-studded schedule. Jessica Vosk will make her Carnegie Hall headlining debut on November 8, with Tony winner Laura Benanti welcoming back the NY Pops with a concert on December 17. Stage favorite Norm Lewis will have his own concert, One Night Only: An Evening with Norm Lewis, on March 4, 2022. Other concerts will include appearances from Renée Fleming and Uma Thurman, John Williams and more. Click here for more information.

Broadway to Celebrate Juneteenth with Times Square Concert
The Broadway League’s Black to Broadway Initiative will present Broadway Celebrates Juneteenth, a free outdoor event centered around Black joy and unity that will feature Black Broadway performers in a 90-minute concert. This inaugural event will take place in Times Square on Saturday, June 19 from noon to 1:30PM. The concert, which will take place rain or shine, is free and open to all. It will feature cast members from such shows as Girl from the North Country, The Lion King, Moulin Rouge, The Phantom of the Opera, Tina: The Tina Turner Musical and Thoughts of a Colored Man, with special appearances by Lillias White, Ben Vereen, and more to be announced. “This will be the first year that Juneteenth will be an official holiday in New York State…We will be reflecting on the incredible contributions that the Black members of our community have made and continue to contribute to Broadway. As the industry prepares to reopen this fall, we welcome this opportunity to join together in looking forward to a better Broadway, one that comes back stronger, more diverse, more equitable, more inclusive, and more united,” said Charlotte St. Martin, President of the Broadway League.

Broadway’s Nik Walker and Donna Lynne Champlin to Lead Sweeney Todd at Hangar Theatre
Ain’t Too Proud‘s Nik Walker will be the Demon Barber of Fleet Street this summer as the title character in Hangar Theatre’s Sweeney Todd. Donna Lynne Champlin, who appeared in the 2005 Broadway revival of Sweeney Todd, will star as Mrs. Lovett in the production, which begins on July 22 at the Ithaca, New York venue. “We are actively re-envisioning how this world is populated,” said director Sanaz Ghajar. “Sweeney Todd is a revenge tragedy about the human instinct to survive despite being set-up to fail. Sweeney has no choice but to achieve justice through violence, but in a world where revenge is the only option, there is no real liberation.” Tickets are now on sale.

Billy Porter Developing New Script Fruits of Thy Labor for Peacock
Tony winner Billy Porter is keeping busy! According to Variety, Porter is developing a drama script that explores a Black family’s multi-generational imprint in Hollywood called Fruits of Thy Labor. The project, which Porter will work on with Dan McCabe, will appear on NBC’s streaming service Peacock. Porter and McCabe previously worked together on McCabe’s 2019 play The Purists, which Porter directed. Additional information to come.

Tony Nominee Clarence Williams III Dead at 81
Clarence Williams III, a Tony nominee for 1965’s Slow Dance on the Killing Ground, died on June 4 of colon cancer. He was 81. Known for being a Black power icon in the 1960s and 1970s as Linc Hayes on The Mod Squad, Williams also appeared in many films including Purple Rain, 52 Pick-Up, Reindeer Games and Tales from the Hood. He made his Broadway debut in 1960’s The Long Dream and went on to appear on stage in The Great Indoors (1966) and Night and Day (1979) in addition to Slow Dance on the Killing Ground, which earned him a Theatre World Award. Williams is survived by his sister Sondra Pugh and daughter Jamey Phillips.

Show Boat Tony Nominee Karla Burns Dies at 66
Karla Burns, who is known for her Tony-nominated and Olivier-winning turn as Queenie in Show Boat, passed away on June 4 while recovering from spinal surgery. She was 66. Show Boat marked Burns’ Broadway debut which earned her the Drama Desk Award for Outstanding Featured Actress In A Musical in 1983. Her other Broadway credit is for 1987’s The Comedy of Errors. Her work included performances with the Metropolitan Opera, Paris Opera, the Teatro Real, Cairo Opera House and the Royal Shakespeare Company. She toured nationally for many years in her one-woman show, Hi-Hat Hattie, in which she portrayed Hattie McDaniel, the first Black entertainer to win an Academy Award.