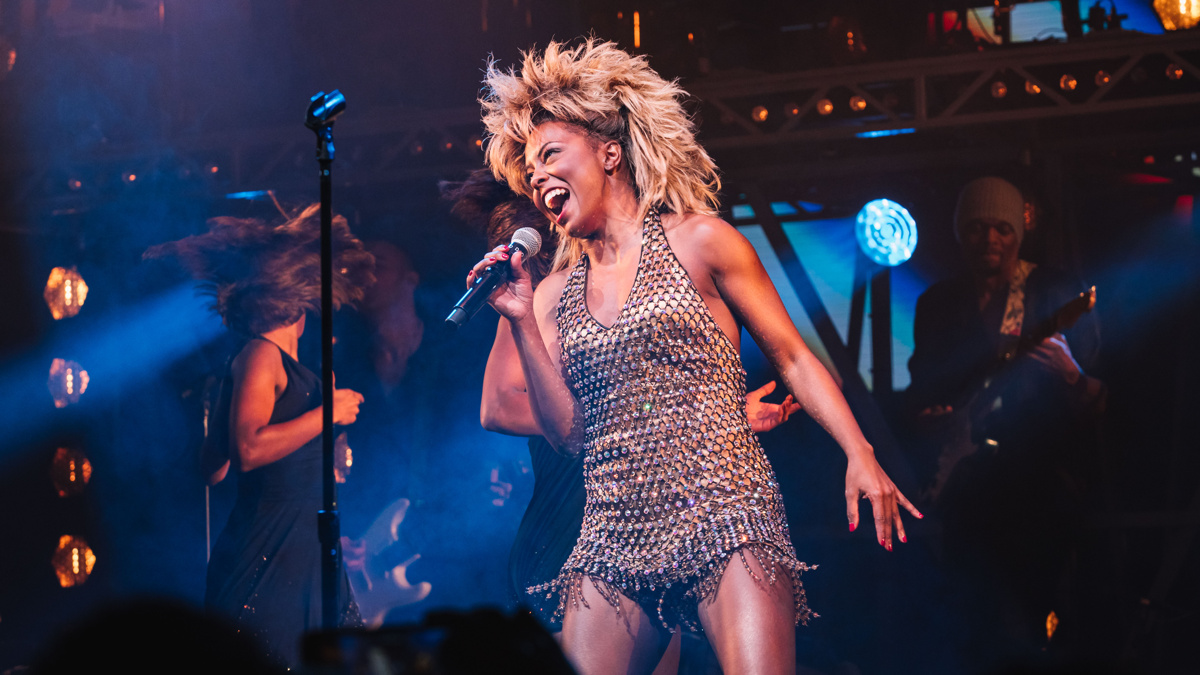 Take a Look at Adrienne Warren & the Cast of Tina in Rehearsal
Tina‘s Broadway company is rollin’! As previously announced, the Tina Turner musical will resume performances on October 8 at the Lunt-Fontanne Theatre. A new video includes a welcome back to Broadway from the Queen of Rock ‘n’ Roll herself as well as exciting footage of Tony-nominated star Adrienne Warren and the rest of the cast in rehearsal. Check it out below!

Sleep No More to Resume Performances in February
Sleep No More will resume performances on February 14, 2022 at the McKittrick Hotel. This award-winning theatrical experience tells Shakespeare’s classic tragedy Macbeth through a darkly cinematic lens. Audiences move freely through the world of the story at their own pace, choosing where to go and what to see, ensuring that everyone’s journey is completely unique. The story unfolds through a blend of acrobatic choreography, film noir soundtrack and 100 rooms of densely detailed atmosphere sprawling over 100,000 square feet of space. Guests of Sleep No More and the hotel are required to show proof of vaccination upon arriving.

Li’l Abner Star Peter Palmer Dies at 90
Peter Palmer, who won the hearts of audiences in Li’l Abner both on stage and screen, has died at the age of 90. Palmer passed away on September 20, just one day after his 90th birthday, according to his son, who shared the news on Facebook. Born in Milwaukee, Wisconsin in 1931, Palmer went on to perform on The Ed Sullivan Show after winning a singing contest in the U.S. Army. The appearance resulted in his Broadway debut in Li’l Abner, and he went on to star in Paramount’s 1959 movie version. His additional screen credits included Custer, The Kallikaks, Edward Scissorhands and more. He returned to Broadway in the 1963 revival of Brigadoon as well as in the original production of Lorelei. Palmer was married twice and had six children. His wife of 45 years, performer Aniko Farrell, died in 2011.