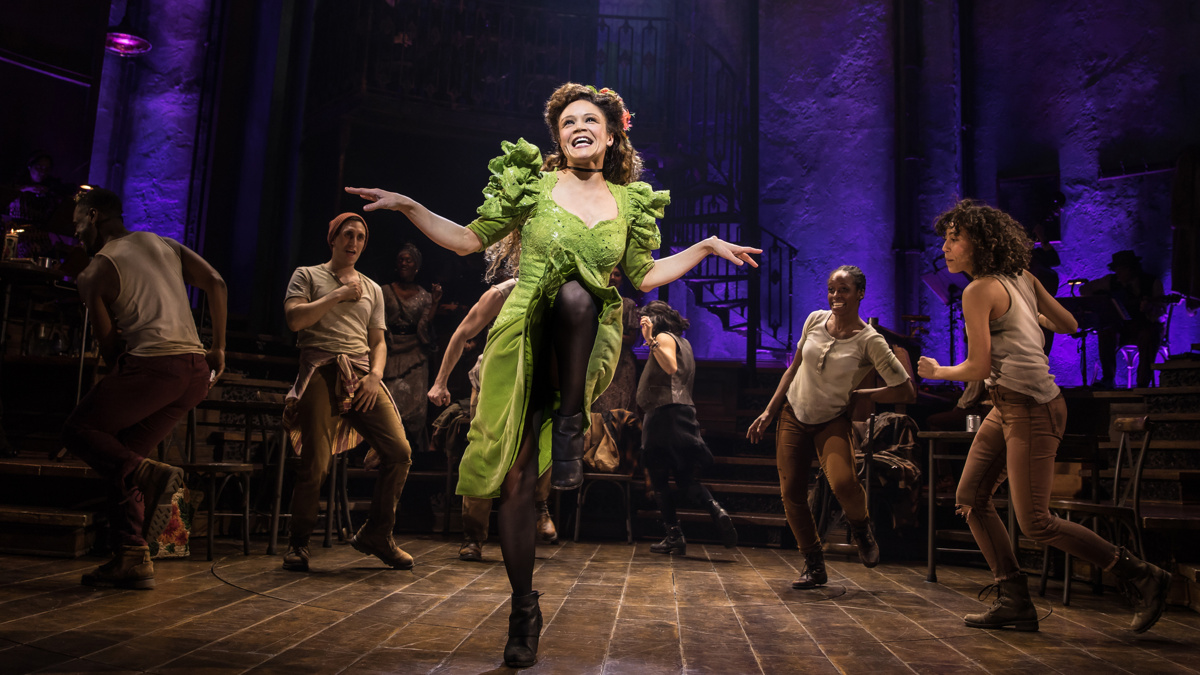 Amber Gray to Take Final Bow in Hadestown on February 19
Hadestown‘s Amber Gray will play her final performance as Persephone in the Tony-winning musical on February 19 at the Walter Kerr Theatre. Gray’s involvement in Anaïs Mitchell’s musical began during early developmental readings with director Rachel Chavkin. She went on to play the role in developmental productions prior to Hadestown’s 2019 Broadway premiere, including at New York Theatre Workshop in 2016, at the Citadel Theatre in Edmonton, Canada in 2017 and at London’s National Theatre in 2018. For her performance, she received a Grammy Award, an Outer Critics Circle Award and was nominated for both a Tony Award and a Lucille Lortel Award. Casting for the role of Persephone will be announced shortly.

Catherine Zeta-Jones Joins National Treasure Series
Oscar and Tony winner Catherine Zeta-Jones is set to be a series regular in the previously announced Disney+ original series National Treasure. The project is an expansion of the movie franchise of the same name. The story is told from the point of view of a young heroine named Jess (Lisette Alexis), who loves a good mystery. Over the course of the show, Jess uncovers her own buried history—as well as the truth about her parents and her connection to a long-lost treasure. Zeta-Jones plays Billie, a billionaire, black-market antiquities expert and treasure hunter who lives by her own code. She’s used to getting what she wants—and she wants the Pan-American treasure.

Watch Amanda Seyfried & More in the Trailer for The Dropout
Hulu’s limited series The Dropout, which arrives on March 3, tells the story of Theranos and Elizabeth Holmes, played by Amanda Seyfried. The show explores ambition and fame gone wrong and features several of Broadway alums, including Laurie Metcalf, William H. Macy, Elizabeth Marvel, Utkarsh Ambudkar, Kate Burton, Bill Irwin and more. Check out the trailer below!

John Logan to Pen Michael Jackson Biopic
Michael, the Graham King-produced Michael Jackson biopic project, which is being made with the blessing of the pop legend’s estate, has been picked up by Lionsgate. Deadline reports that Tony winner and three-time Oscar nominee John Logan has penned the script. King and Logan previously collaborated on Martin Scorsese’s The Aviator. Audiences can see the music legend’s story come to life on Broadway in MJ The Musical, now playing at the Neil Simon Theatre.