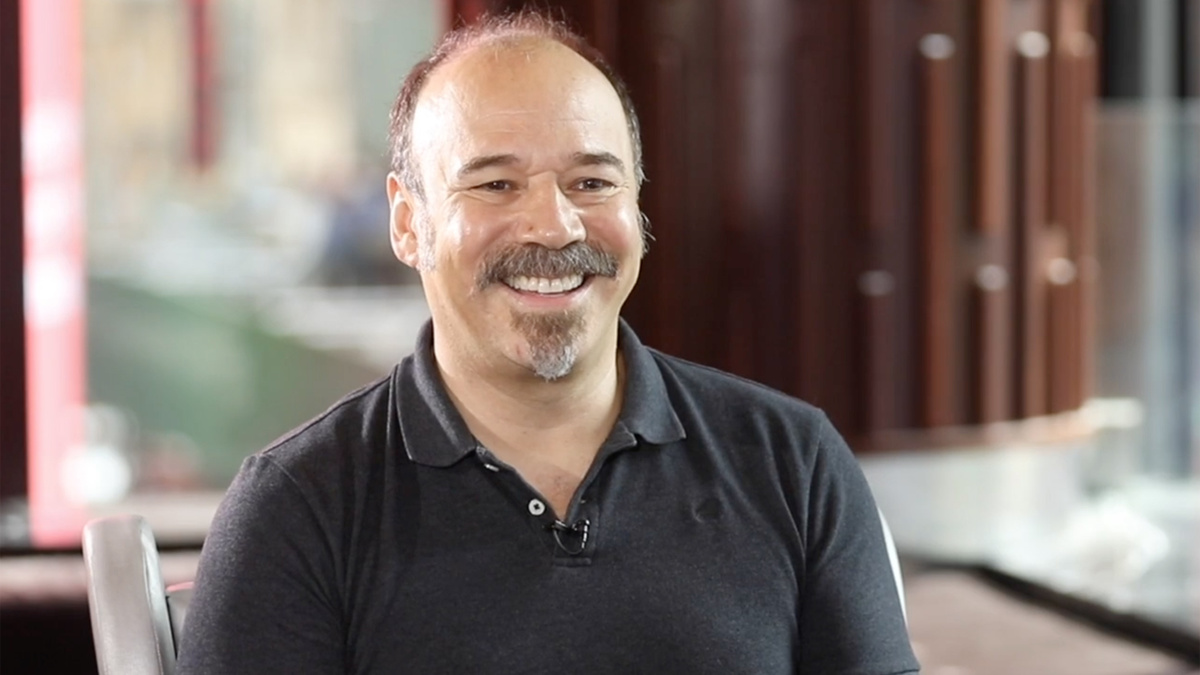 Danny Burstein, the seven-time Tony nominated performer who is up for Best Featured Actor in a Musical for his performance as Harold Zidler in Moulin Rouge! The Musical, is 30 years into his Broadway career and still loving every moment. Hear Burstein talk with Broadway.com editor-in-chief Paul Wontorek about returning to the mad, mad world of the Tony-nominated Moulin Rouge! The Musical, the legacy of his late wife Rebecca Luker and how he got “everything he ever wanted” in his career.

When Moulin Rouge! The Musical resumes Boadway performances, Burtstein will be right in the middle of it all as nightclub owner Harold Zidler, and it was never a choice for him not to come back to the show. “I didn’t have to return if I didn’t want to,” he said. “But I desperately wanted to. I wanted to see Broadway up and running again. I wanted to be there for my company. I wanted to be there for the theater community. I felt it was important to me. About a third of our cast is new, and so they’re bringing this great energy to the company. We’re all incredibly excited, and I just want to feel the audience there with us. We want to play.”

During the shutdown, Burstein was open about his own COVID-19 diagnosis and what it was like caring for Luker, a Broadway star who battled ALS and passed away just before Christmas. “It’s wonderful to have been married to Rebecca Luker,” Burstein said. “The thing that’s gotten me through is that gratitude. People come to me and they don’t know what to say and they just give me a hug. You wind up taking care of them in a way in those moments. But it’s beautiful because it all comes from a place of love. They sent notes, they sent flowers, they sent dinner one night. They showed up. That kind of thing is very, very meaningful. It was meaningful to her, of course, and it was meaningful to me. It keeps me going.

Burstein is no novice when it comes to the Tony Awards. Not only is this his seventh nomination, but he was also born and raised In New York and attended performing arts high school in Times Square. Although he was an extra in the classic 1980 film Fame, he was never in the business for his own fame. “I’m here because this is all that I ever wanted to do,” Burstein said. “I’m very lucky, and I know how lucky I am. I never cared about being famous. I just wanted to do good work and have the respect of my peers. [This nomination] is this lovely pat on the back from the community, letting you know that you’re continuing to do work that is respected and that you’re loved. It means a lot. That kid on 46th Street, in a weird way, got all that he ever wanted.”

Watch the interview below, and head here to check your local listings for The Broadway Show. Hosted by Emmy-winning anchor Fadal, it is the only nationally syndicated weekly theater news program.