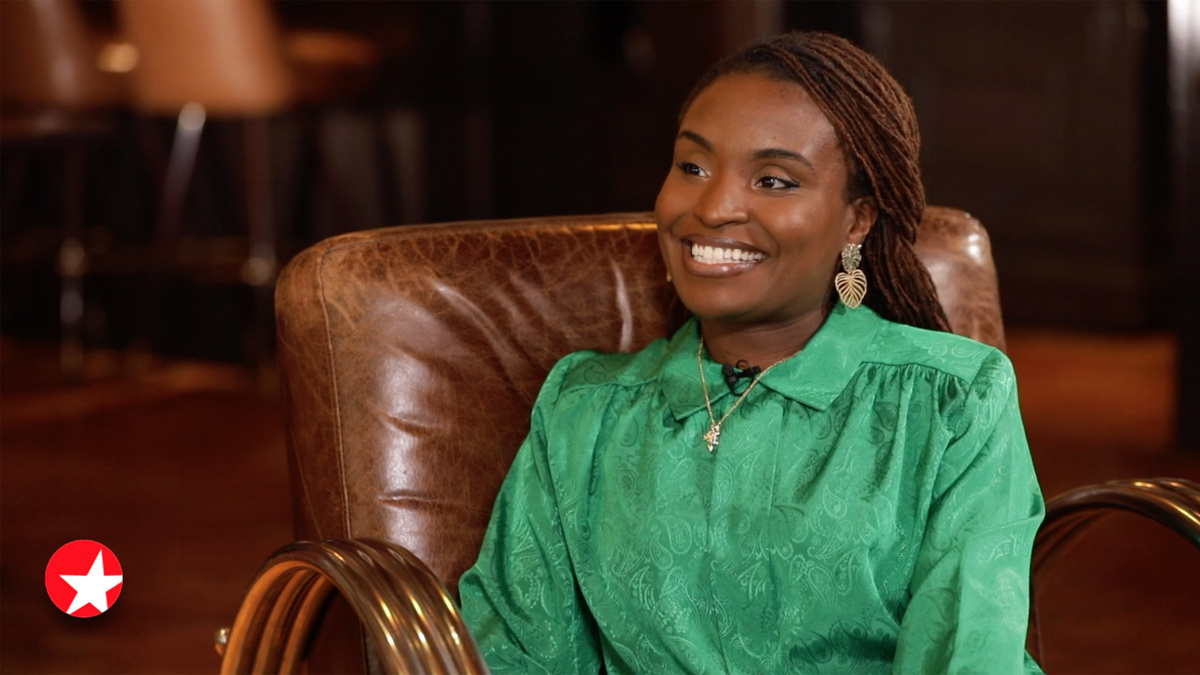 Brittney Mack was mere hours away from her official Broadway debut in Six, the new musical by Toby Marlow and Lucy Moss about the six ex-wives of Henry VIII, when it was announced that Broadway would be shutting down. Now, a mere 570 days after the original opening night that did not happen, Six officially began its reign at Broadway’s Brooks Atkinson Theatre when it finally opened on October 3, 2021. Broadway.com Editor-in-Chief Paul Wontorek sat down with Mack at the Redeye Grill to talk about the musical’s passionate fanbase, the values she shares with her fellow Six stars and more.

“I think there’s a combination of magic pieces,” Mack said. “Toby [Marlow] and Lucy [Moss] are telling a story that has to do with their history. Their friendship leaps off the pages. You can see and smell and taste the collaboration when you’re reading the score and the script. I will never forget the very first day we sat there: I said, ‘OK, ladies. I want to take a second and just clear the air that this is a room full of all women. If we respect each other as black, white, mixed, Filipino, whatever your generations may be—we’re humans first—then we’re women, and then we’re these creative beings. I think as long as we keep that going, we can have something very special.’ We agreed that day and from that day on, I think that’s the magic in our sauce.”

Six takes a look at the lives of the wives of Henry VII. Mack portrays Anne of Cleves and says it’s a thrill every night. “It’s bananas, it’s so dope,” she said. “‘No Way’ is my favorite song to dance in the show and, baby, you cannot tell me that I am not dancing for Janet Jackson, OK? I am giving you ‘Rhythm Nation.’ I am serving you everything you could possibly need in life. That’s how I feel. That’s my swag, you know?”

What started out as a school project for Marlow and Moss, quickly turned into a fan-favorite musical resulting in an Olivier-nominated debut in London and several productions around the U.S. before arrriving on Broadway, attracting loyal fans along the way. “It’s humbling,” Mack said. “We are all very normal chicks. We call our fans the Queendom, and they’re crazy. They go, ‘Hey, Auntie Brittney.’ It’s a good time. They keep us on our toes. They keep us aware and keep us accountable.”

Watch the interview below, and head here to check your local listings for The Broadway Show. Hosted by Emmy-winning anchor Tamsen Fadal, it is the only nationally syndicated weekly theater news program.