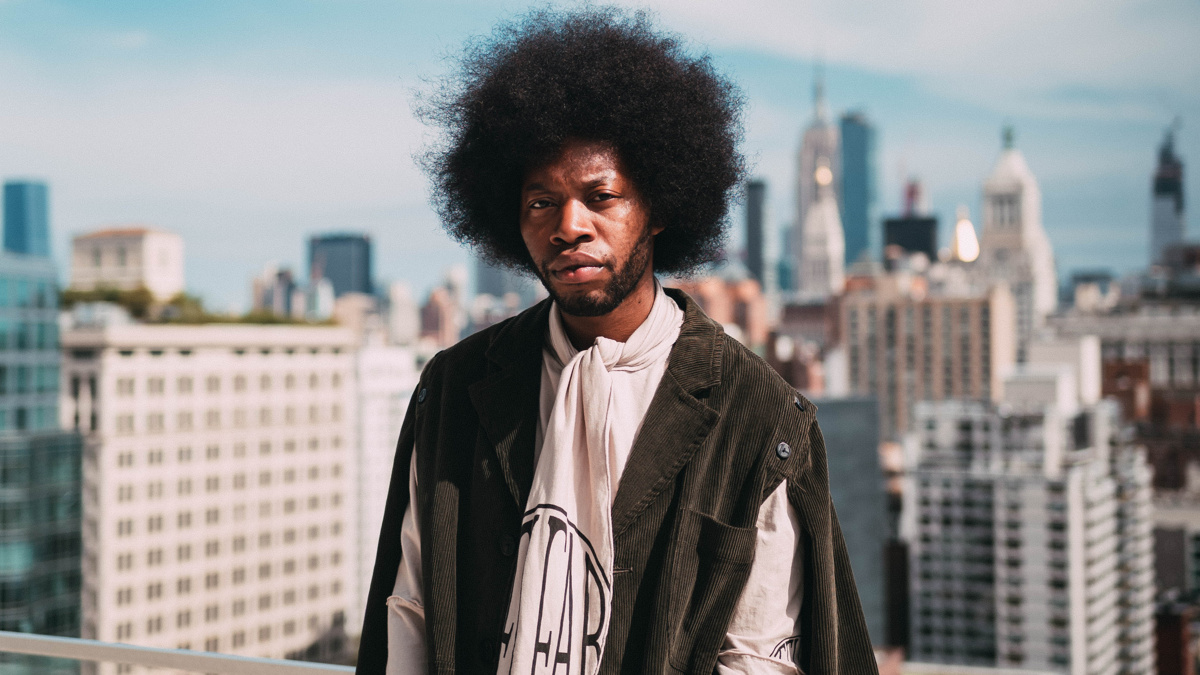 Harris says he is incorporating his playwriting skills. “The entire collection is a play—it’s a 15-line monologue—and if you were to get every piece of the collection, you would have the full text of the play,” he said. “I got the idea from my love of the movie Phantom Thread. I love the idea of someone putting hidden messages inside of clothing, so I wanted it to be sometimes explicit, and sometimes a surprise to the wearer. In some pieces, like the sweatsuits, it’s sort of the main event, but some of the more revealing or vulnerable lines are hidden in the waistband of the skirt or the lining of the pocket, that you only discover when you put your hand inside.”

Despite live theater being put on pause due to the coronavirus pandemic, Harris has been keeping busy. Earlier this year, he signed a two-year deal with HBO. He previously announced The Golden Collection, a series composed of 15 plays by prominent Black playwrights. The collection is named in honor of Harris’ grandfather, Golden Harris, who died two weeks before the playwright learned that Slave Play would play Broadway’s Golden Theatre. He also announced the Golden & Ruth Harris Commission (also named after his grandparents), which offers two $50,000 commissions for new theatrical works. Harris is also in the process of adapting The New World sci-fi comic for the screen.