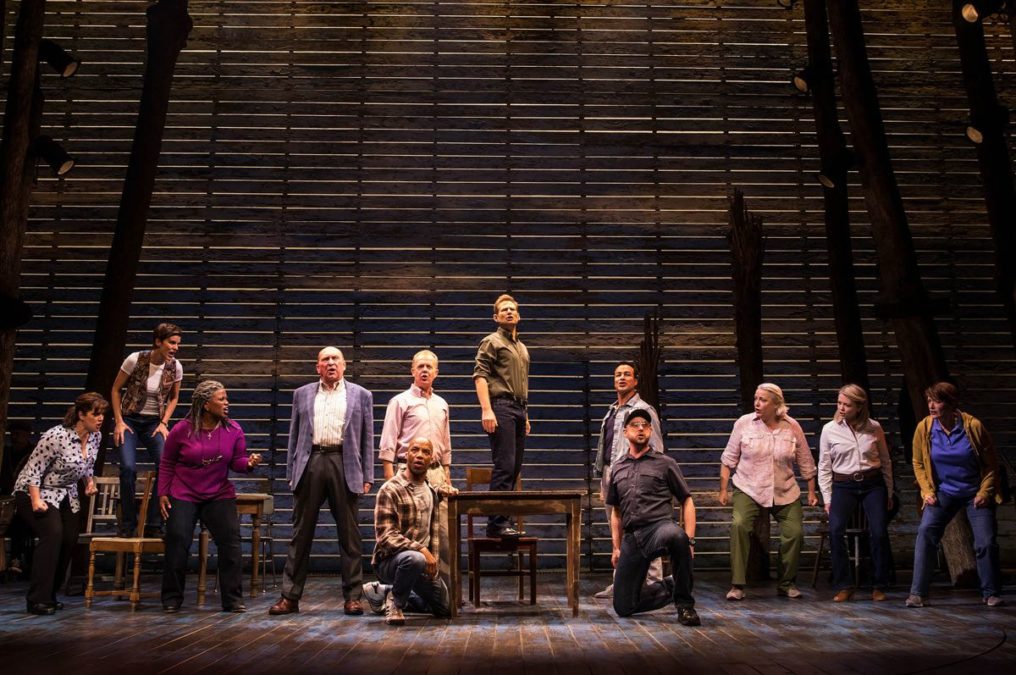 Come From Away to Launch North American Tour in 2018

The Tony-nominated musical Come From Away will begin its North American tour at Seattle’s 5th Avenue Theatre in October 2018, with an exact first-performance date to be announced. Additional touring stops will be set at a later date. A third production of Come From Away has also been announced to play Toronto’s Royal Alexandra Theatre beginning on February 13, 2018.

The new musical featuring an original book and score from Irene Sankoff and David Hein currently plays the Schoenfeld Theatre on Broadway. It opened on March 12 after having started previews on February 18.

Come From Away is based on the true story of when the isolated community of Gander, Newfoundland played host to the world. What started as an average day in a small town turned into an international sleep-over when 38 planes, carrying thousands of people from across the globe, were diverted to Gander’s air strip on September 11, 2001. Undaunted by culture clashes and language barriers, the people of Gander cheered the stranded travelers with music, an open bar and the recognition that we’re all part of a global family.

More Buzz About Come From Away