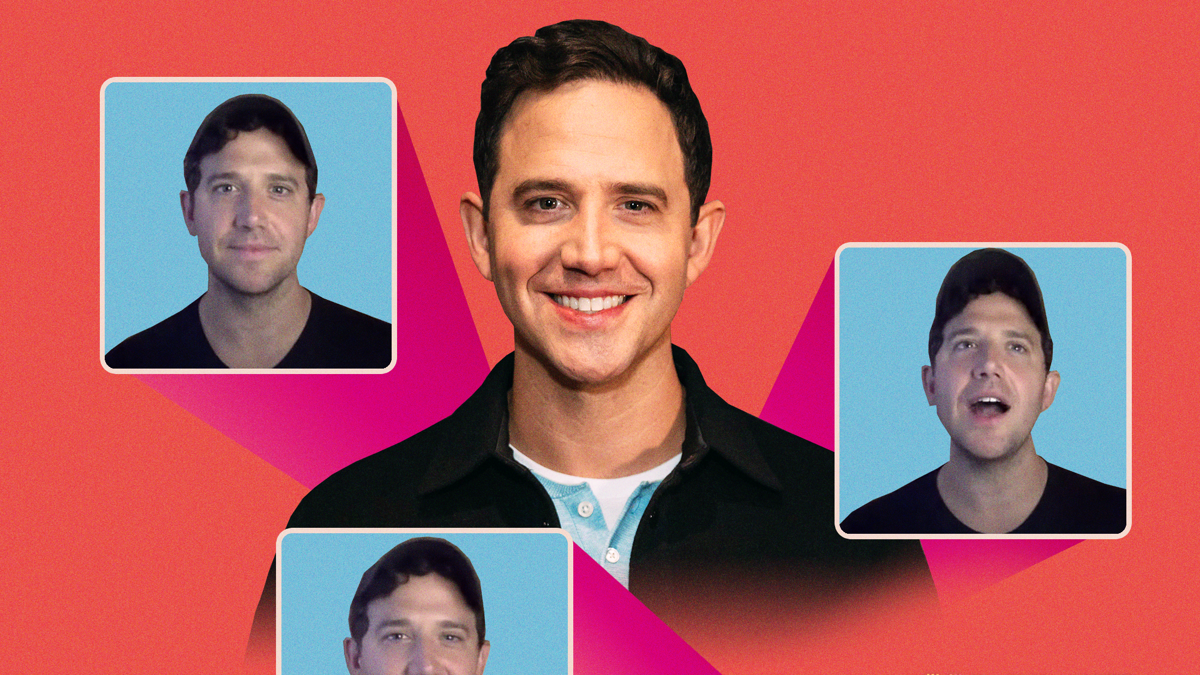 Last summer, Santino Fontana was fresh off of his first Tony win for playing Michael Dorsey and Dorothy Michaels in Broadway’s Tootsie. Though the world looks completely different one year later (“It’s been six months since I’ve washed my body,” he joked.), Fontana is still finding ways to keep in touch with his castmates. “We do Zoom cocktails often,” he said. Fontana says his quarantine days look a lot like most. “I look at the news and try not to throw up or cry,” he told Beth Stevens on #LiveatFive. “Then I have breakfast, call some friends, go for a walk, donate money to political causes I support, check in with someone different every day, go for a drive.”

Though Broadway and theaters remain shut down due to the pandemic, Fontana is still performing—mostly for benefits. This is nothing new for the actor, who has been performing since he was a child. “I was one of those kids that like forced my friends to be in plays in the garage,” he said. He went on to share some of his notable roles growing up: Seymour in Little Shop of Horrors, Jesus in Godspell, J. Pierrepont Finch in How to Succeed in Business Without Really Trying and Pseudolus in A Funny Thing Happened on the Way to the Forum.

As previously reported, he is set for The Pack–Short Comedies by Eugene Pack on August 16 to benefit Guild Hall in East Hampton. Fontana will also play a priest in a star-studded reading of Judgment Day on August 22 to benefit both Barrington Stage Company and The Actors Fund. He also appeared in Jessica Blank and Erik Jensen’s powerful COVID-19-centric play The Line, which is available to stream on YouTube through September 1. “I feel like plastic surgery is going to go through the roof because everyone is staring at themselves all day now,” he joked about the proliferation of Zoom performances and meetings. “The Line was the first production I’ve done [in quarantine] that felt like a play—but in close-up. It wasn’t edited. We were all there, doing it all live. It ended up feeling great being a part of something like that. Any type of connection with other actors has been a godsend. If I can help raise money for places, then I want to do that.”

In addition to keeping his onscreen skills sharp for great causes, Fontana has been spending a lot of time with his 11-month-old daughter Grace. While he is clearly enjoying fatherhood, he does have some criticism for one ubiquitous children’s book: “I have some dramaturgical issues with Goodnight Moon. ‘Goodnight nobody.’ That’s one of the pages. ‘Goodnight nobody!’ What?”  No word on changes Fontana would like to make to the beloved bedtime story or his thoughts on the next page: “Goodnight mush.”