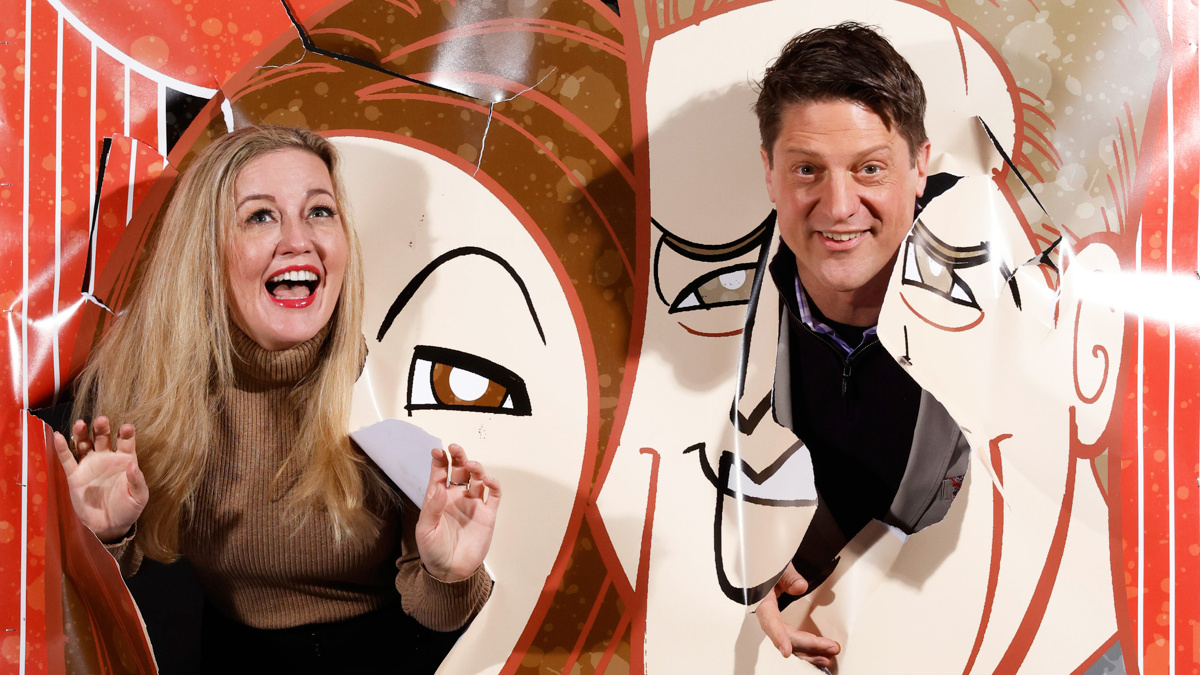 Bursts of creativity are nothing new for artist Justin “Squigs” Robertston. Nevertheless, the newest edition of his and Dori Berinstein’s The Lights of Broadway Showcards takes the term “creative bursts” quite literally. Broadway.com has exclusive—and super fun!—GIFs of stage faves bursting through their card portraits. Something that makes these cards even cooler? A portion from all of The Lights of Broadway Show Cards will benefit charities close to the collective heart of the Broadway community including Broadway Cares/Equity Fights Aids and The Actors Fund. This year’s edition also brings back the cards’ Giving Back program, featuring special signed cards of Jennifer Simard, Christopher Sieber, Rob McClure and more, each highlighting a different charity; this year’s Giving Back stars have chosen to highlight organizations such as Broadway Advocacy Coalition, Breast Cancer Research Foundation, Darkness Rising and Spread Ari’s Light. Check out the fab GIFs below, and head here for more info on the cards!