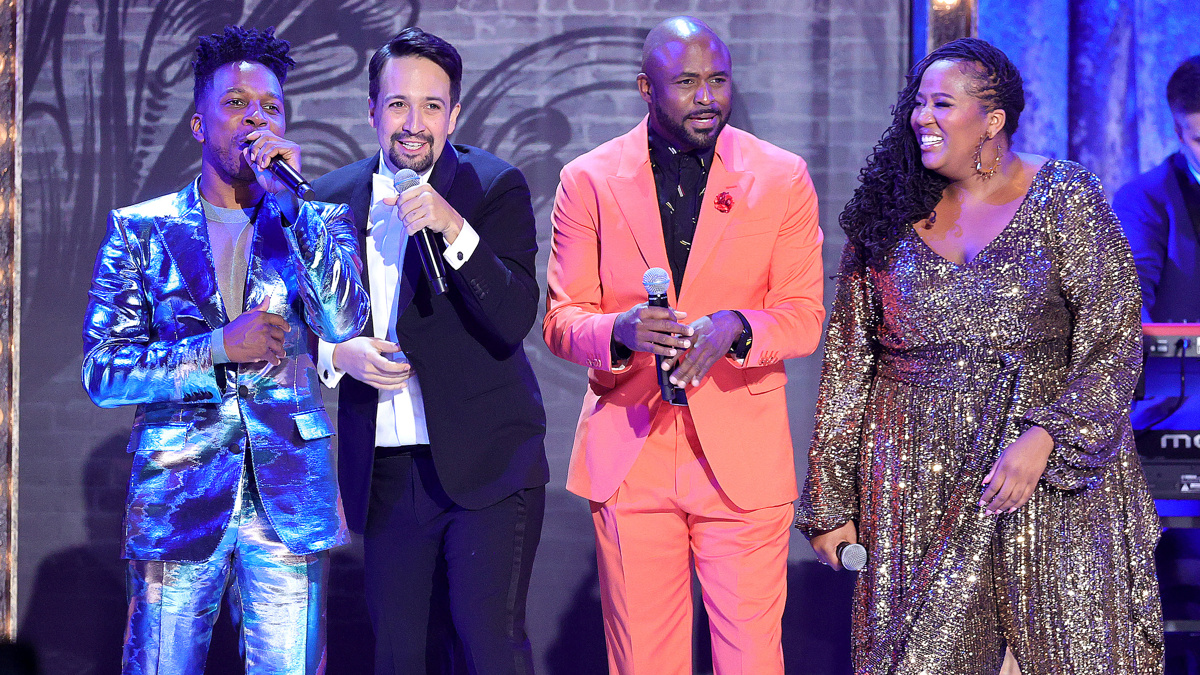 Watch the Opening & Closing Numbers for The Tony Awards Present: Broadway’s Back!

The opening and closing numbers of the long-awaited 74th Annual Tony Awards featured Leslie Odom Jr., who won a 2016 Tony Award for his performance in Hamilton hosting The Tony Awards Present: Broadway’s Back!, following six-time Tony winner Audra McDonald‘s hosting the first half of the evening, during which the bulk of the evening’s awards were distributed. Odom Jr. and a bevy of talented dancers started the second portion of the night with a bang, beginning with an incredible opening number on the street outside the Winter Garden Theatre before bringing the party inside. Check out the performance below!

At the end of the night, Odom Jr. reunited with Hamilton co-star Lin-Manuel Miranda and the members of Freestyle Love Supreme, including Wayne Brady, James Monroe Iglahart, Anthony Veneziale, Aneesa Folds, Christopher Jackson and more, to create a fresh performance all about Broadway’s biggest night. With four minutes on the clock, it’s safe to say this crew did not throw away their shot. Enjoy the closing number below!